In this article, we would like to describe the most attractive titles of this year, which can be played on the go using Android devices. All of them are free, and that does not mean they are not good enough. On the contrary, the gameplay and graphics of most of the games on this list can be compared to console quality. You will not be required to spend too much on in-app purchases if you get involved in them as it could be when a developer is focused on their income too much. The apps we have selected are affordable and really worth your attention. Perhaps, you will find something you have already known, but we hope still there are real findings for you here. Let’s start. 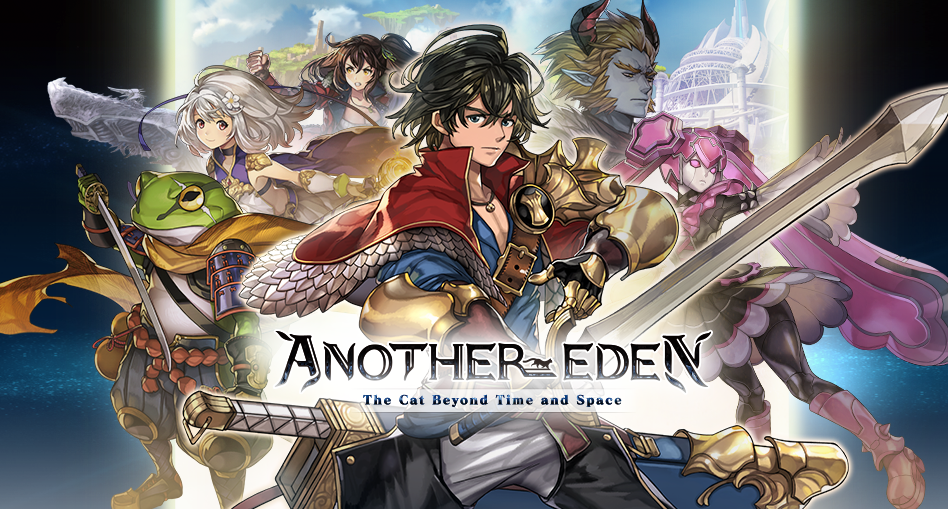 It is called one of the biggest Japanese role-playing game developed by the author of popular Chrono Trigger. Yes, you will find some similar elements. We would say that some Chrono Trigger’s plotlines continue in it. But still, this title goes further and even breaks the standards of the genre.

This is an adventure through time. The character you navigate is roaming around the virtual world with his fellows almost aimlessly. His name is Aldo, and his number of lives or any other resources is limitless. That is why you are free to play as long as you want. You will get a combat experience following a turn-based system. Be ready to face dragons and dinosaurs, humans, and bosses. You will have physical and magic skills and unlock complicated weapons and abilities. It is possible to drive progression with in-game currency, gold, for instance. Summarizing, we can say that this game differs from the others and provides you with engrossing playing. 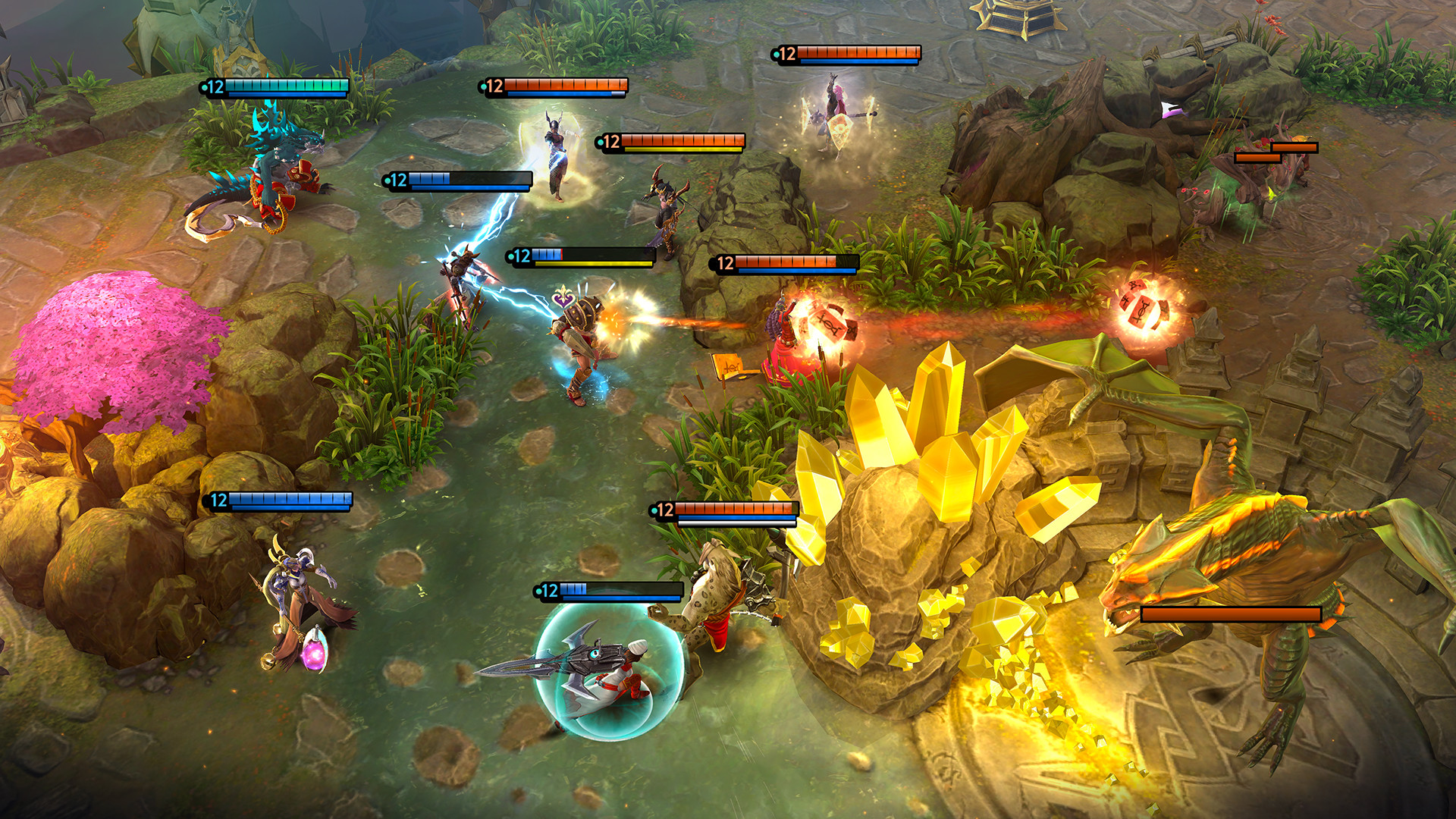 Another game that is supposed to be the best but in this time in the category of a multiplayer online battle arena. First of all, it can boast of the top 3D graphics with console-quality. Be sure to get experience full of action and online battles. To explore the jungle, you will be suggested to choose from a large number of heroes, each with his special skills.

Additionally, they can be customized. Though there are only one mode and one map, the gameplay is somewhat competitive, and you will not get bored. You can play with or against other gamers or bots. We confirm that this is one of the best free games for Android devices at the moment. 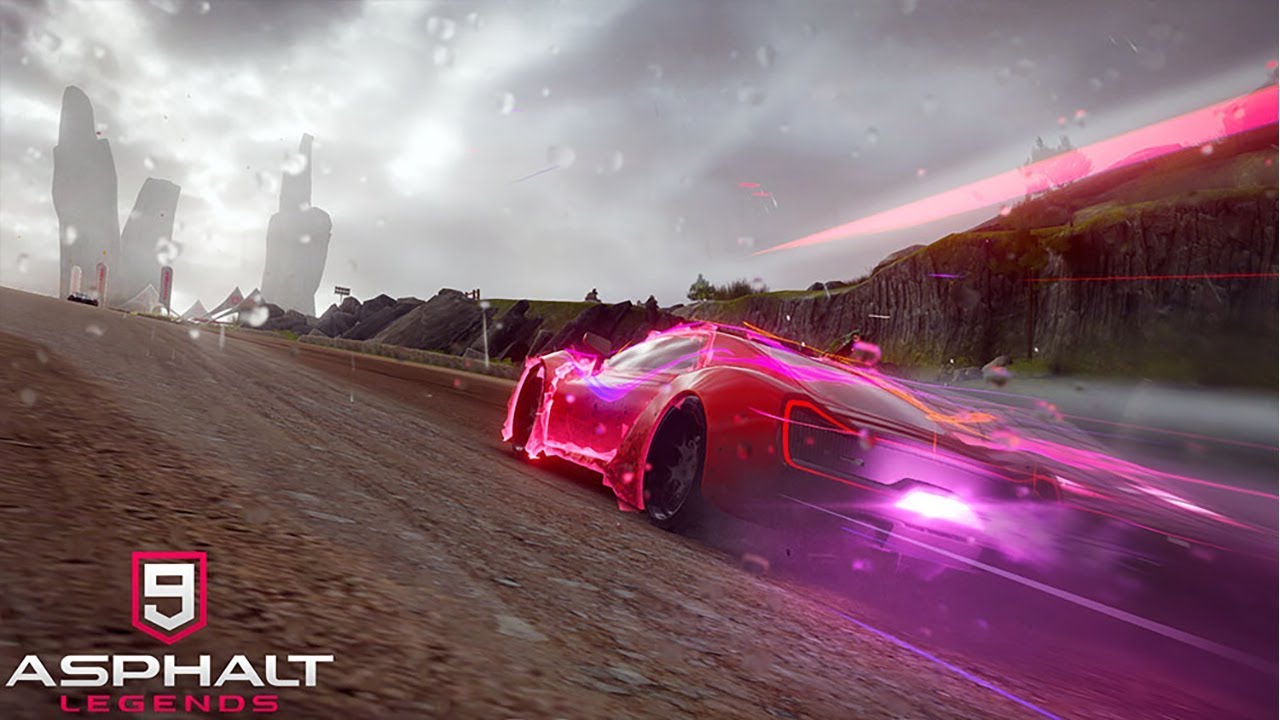 Do you like classic arcade racers? If the answer is positive, we recommend you to try this one. It is a popular franchise with all its titles, including the current one, repeating the success of the previous releases. The game is filled with content and plenty of challenges. You will get a wide choice of cars — up to 50. Play applying various modes: single-player, online multiplayer, and more. It uses an auto-go mechanism allowing you to keep acceleration under control. You will definitely enjoy perfect graphics and online competitions, though we think that the game is better in its sole mode.

EA is the service providing you with tons of sports games, and they are the only ones of this kind at the market. Thus, if you are fond of sports and like simulators, you have no proper alternative. Download this one, open your personal account, and enjoy! Here you will find everything, including FIFA Soccer, EA Sports UFC, Motorsport Manager Mobile 3, NBA Live Mobile, and much more. All titles have similar elements and the same sim mechanics. We should mention the perfect graphics. Still, the gameplay and features differ. For instance, if you choose MMA simulation, you can try a very powerful career mode with clear and complicated goals. Also, there is an ultimate team mode where it is possible to fight with other players. The massive game collection provides you with lasting playing experience on the go. 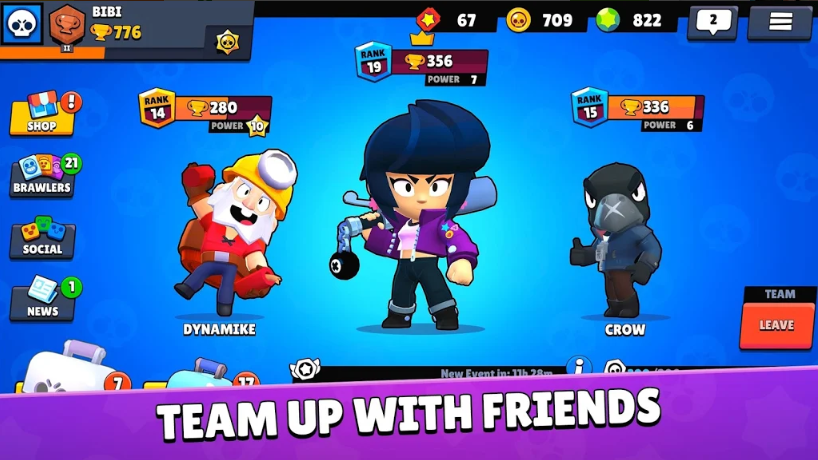 This amazing title is so addictive that you will hardly stop until you complete this brawler. It delivers online multiplayer elements. Also, the fans of MOBA can try it.

You will start with some members of a team to be ready to fight with opponents. It is possible to diverse gameplay switching through several game modes. In the straight brawl mode, you should gather crystals. In the heist mode, you are expected to take away the treasure of your opponent. There is also the bounty mode where you meet opponents with particular skills.

Anyway, you will access the colorful cast of brawlers among which there is a cactus, a miner, a pirate, a vampire, even a princess, and more. Each belongs to a specific class. Some of them are healers, and others are toxic assassins and so on. You will win and unlock various resources to add an additional brawler to your team and upgrade the ones you already have. The game is team-based. But if you choose Solo Showdown mode, you can do without other players to enjoy the title. 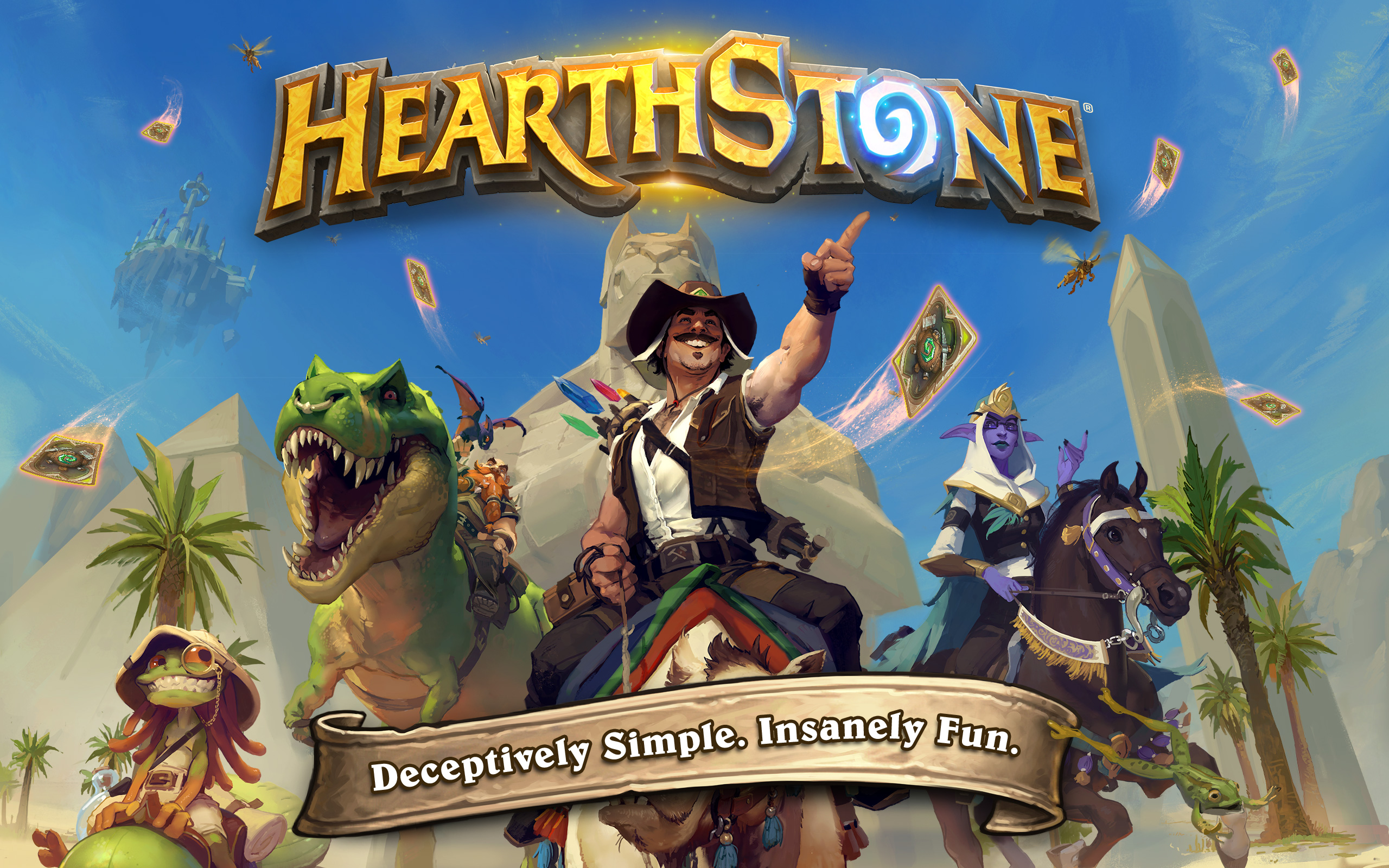 Hearthstone: Heroes of Warcraft is a collectible card game with excellent graphics, sounds, and animations. You will be satisfied with plenty of scenarios and pleasant outcomes. The title is polished and has rather deep gameplay. We would say that its principle mechanics is randomness. You can love or hate this element, but it provides choices you cannot even imagine. Choose various classes, unlock cards, and build decks. When you are ready, you are suggested to duel with other players. Invite any real player to participate in a PvP combat carried out in real-time. Also, you can play with bots and master your skills before getting involved in a fight. In other words, this title is a perfect time-killer.

Another game invites you to compete with other players but in a different way. When you download it, you will see a host asking questions. You should answer them, and at the same time, a lot of other players all over the world will do the same. You will have only ten seconds at your disposal, and then a host continues asking. The timer counts the time, and the winner will be the first to answer. The title consists of rounds with 12 questions per each. Playing, you can win real money. The game starts at a particular time every day, and all players can join the community to take chances to win. Here you are not offered any in-app purchases — there is no need in them.

Another game with gambling nature is Pocket City, which is considered one of the best titles released in 2018. You can compare it with any other building simulators. Your mission is clear and somewhat common — you should build a city with all those infrastructure objects involved in all concerns typical to great locations. You should take care of the population, provide dwellers with work and entertainment, protect the environment from being polluted, and so on. Then you will make reports proving that the citizens of your city are happy to live in it. Even if the general idea is not fresh, still, the gameplay is deep, and you will admire it. You can enjoy a free release with advertisements or buy the premium version without ad, which has much more diverse content. 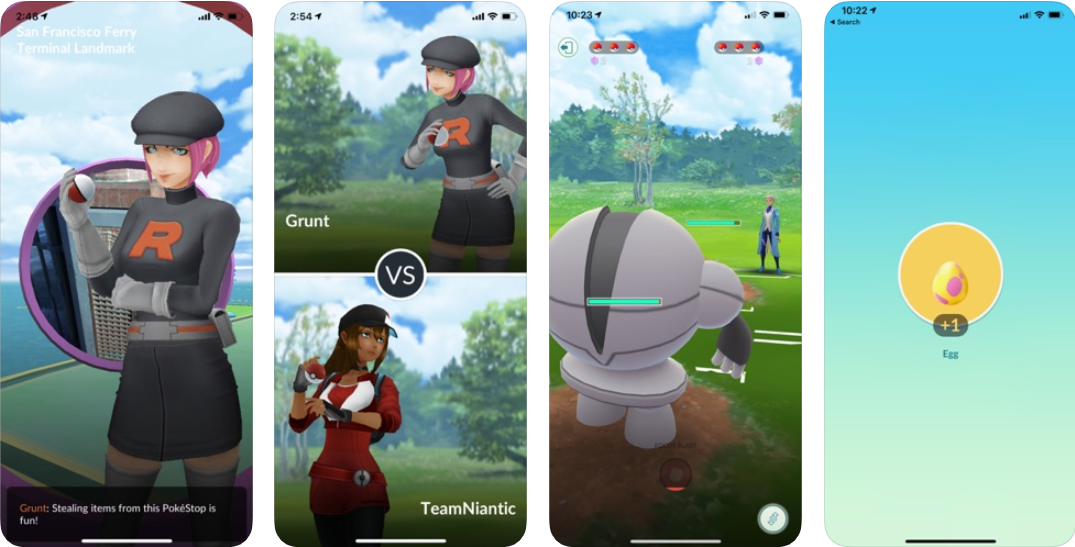 Who does not know Pokemon Go? Everybody does! Even though it was released in 2016, it is still one of the most popular titles. Even its free option is worth your attention, especially if you have not tried it before. You will explore both the virtual and the real world around you, looking for the creatures in the places mentioned in your map. The key mission is to catch Pokemon and train them for tournaments. This latest new addition will provide you with almost the same elements as the raid and trainer battles and others. You will get a new option which is to trade Pokemon. The game with all its updates has become different from the original, so if you played it several years ago, you can download this version and enjoy the new environment and features. 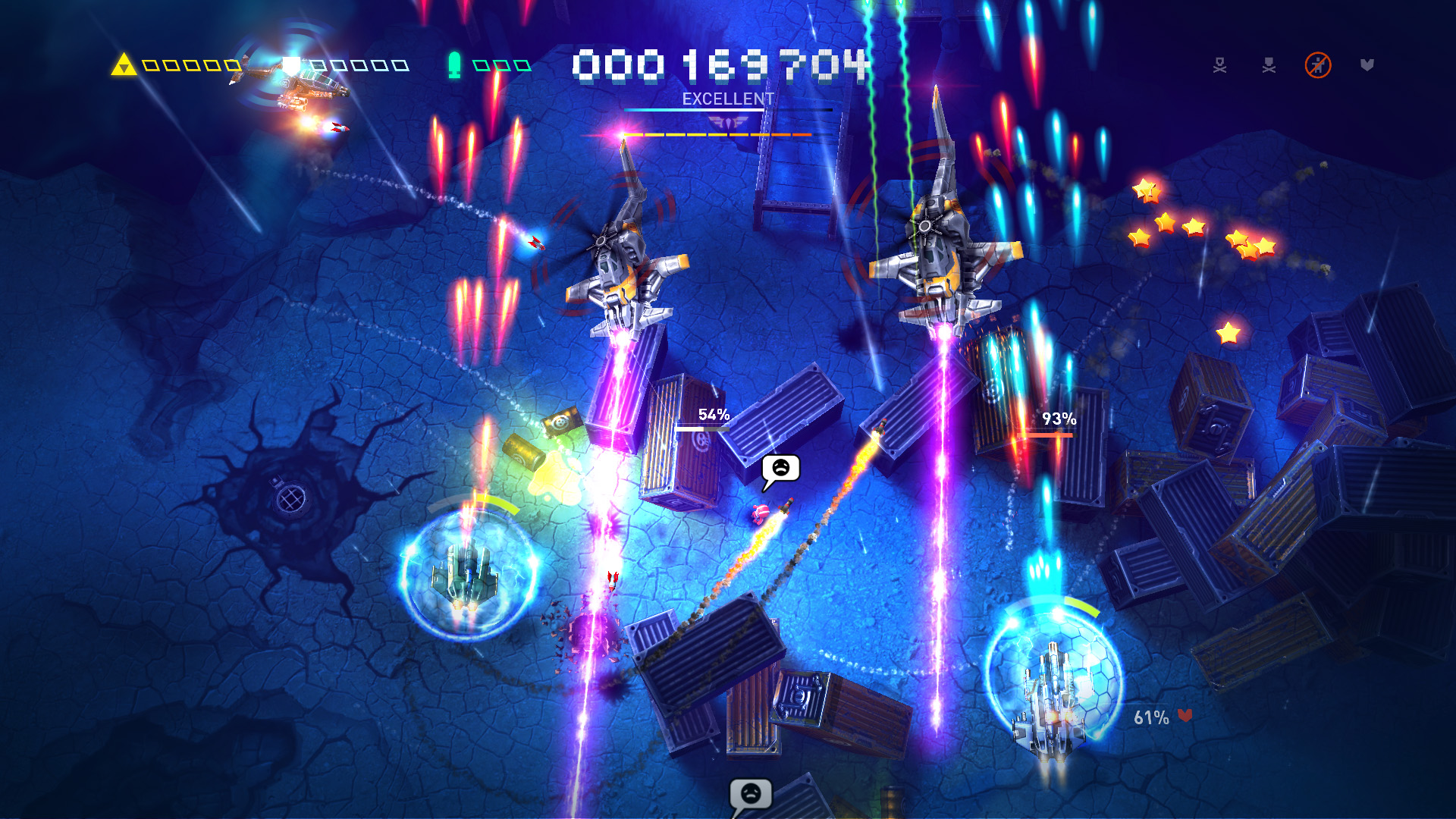 Now a brief description of the last game comes. This is a sequel of Sky Force that continues the genre — it is a scrolling shooter. You are offered to navigate a plane following various routes. In-flight, you should defeat the enemies. It is clear that you should stay alive. Also, your mission includes completing various quests. The title is classic and well-done. You will enjoy the enhanced design and splendid playing experience.

Have you chosen your favorite game?

We hope that the above list brings something that suits your preferences since it fits every taste. Here you will find shooters, building simulators, card and arcade games, and more. There are fresh ideas and improved old themes, but anyway, every title is of high quality providing deep gameplay, nice graphics, and smooth controls.

If you think that our selection of free titles for Android can be useful, share it with your friends and leave your comments here if you want.