Are You Ready for ‘Mario Kart Tour’ Arrival?

The new Mario Kart game continues the franchise and presents the extremely popular key character of the first title of the brand, Super Mario, involved in kart racing this time. We are waiting for the next release, Mario Kart Tour, intended for mobile devices in September.

Well, that was the big event when Nintendo announced: Mario Kart will be available for users of mobile devices running on both iOS and Android. Mario Kart Tour is the third release played on the go. As you remember, the first one was Super Mario Run, and players all over the world were involved in the adventures. Then, we got Dr. Mario World and played it with abandon. 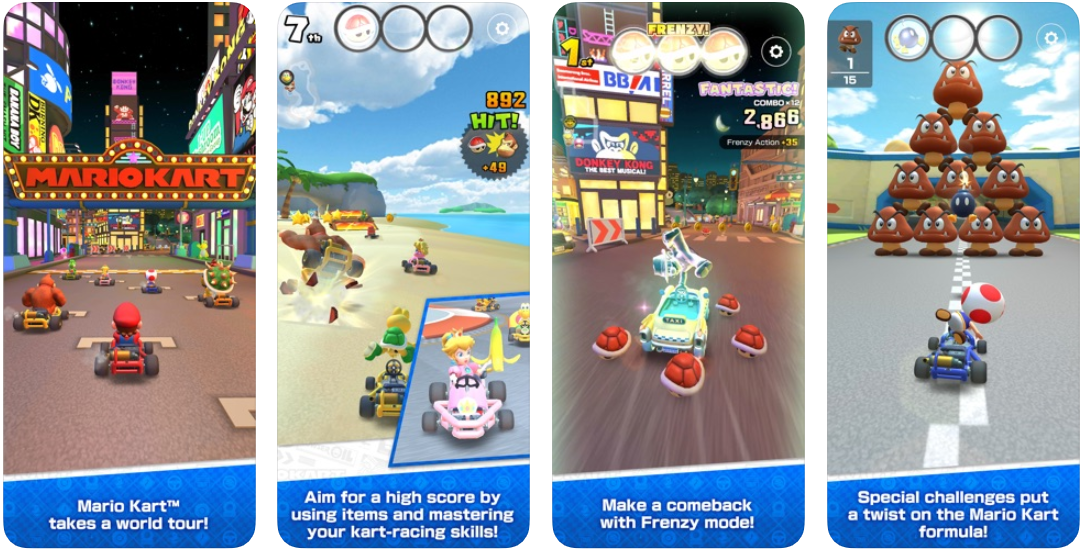 Here you will navigate Mario, Luigi, or other characters which you can choose considering the various courses they run. By the way, the routes are developed based on real-world locations. There are a lot of powers taken from the previous releases of this series. You’ll be able to knock out your opponents and race their way to come in first. It’s all about winning at any cost, in any way, or by any means within the racing context of the game.

Compatibility And All That Jazz

At the Apple App Store, you can find the information as to the compatibility of this title with the size equal to 193.5MB. It is considered as the game rated for players aged 4 and up. You should have iOS 10.0 or later installed on your device. Hardware is also restricted. Ensure that you use the iPhone 6S and newer. It is also available for the players with iPad Mini 2, iPad Air, iPad Touch, and Pro, and later.

If you check the Google Play Store, you will not find any details about this title for Android devices. In other words, we do not know whether the Android version is required to run the game. More data is available on the official “Mario Kart Tour” page where it is mentioned that the title is compatible with Android 4.4 and later.

If you are eager to be the first to try the game, you are welcome to pre-order it, but only for iOS devices. If you are an owner of an Android smartphone, you can only pre-register.

We hope that this game will look beautiful on a small screen, and we’ll be able to enjoy the details of design and powerful gameplay.

Please share this article with your friends if you suppose the information it provides is valuable.