The new edition of Mario adventures, called Doctor Mario is coming on your mobiles on July,10. This is a falling brick game, similar to Tetris mechanics with our favorite characters from the Mushroom Kingdom. Preregistration will be open on June 18 for the Google Play Store and Apple App Store.

What is Doctor Mario About?

We all know Mario, the handy plumber and a hero of numerous Super Mario games. He and his friends always fight various monsters in the name of the Mushroom Kingdom and its dwellers’ safety. This time he will face dangerous viruses on his way.

The first appearance Doctor Mario has made on Nintendo Entertainment System and the Game Boy. It quickly became one of the most popular games on Nintendo consoles. So, now when it comes on mobiles, fans can’t wait to see it.

There will be blocks with viruses falling down on your character. You have to find the pill of the same color as the virus and destroy it. So, if you are looking for the present for a child, this is a nice way to teach colors and how to match them. But, don’t underestimate the complicity of the game. Each time you make through one level, there will be a harder challenge in the other. You don’t receive pills in the order you want. And some pills will be stacked in case if you receive a chance to use them. Now you feel bad for getting angry on your Tetris, right? 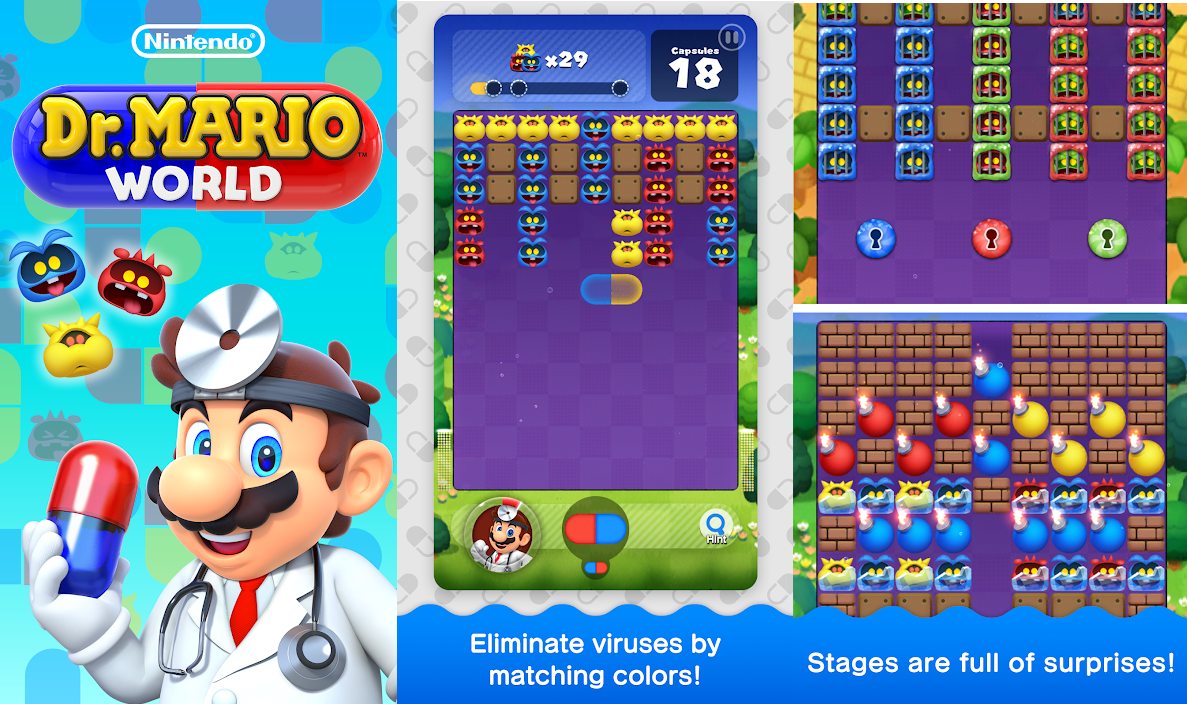 This Mario edition looks like a combo of Tetris, Columns from Sega and match-3 Candy Crush games. However, there is a story plot, which will tell you everything about these viruses and explain to you why exactly you are on this mission. There are also all the characters you like, including the Princess Peach, Yoshi, and Toad. There are in-app purchases in the game so you can buy power-ups and so on.

You can wait for Doctor Mario mobile version all this time, or you can check other Super Mario games and play them. It will train your moves and make you ready for new challenges. If you want to try yourself in Doctor Mario, go to Nintendo, its NES original now is free to play via the Switch. Still, you need to have subscription Switch Online.

Why is Doctor Mario Worth Waiting For?

Doctor Mario may look simple, but it is extremely addictive. Mainly due to the fact that it is simple and colorful and a little bit childish, you can come back to the game again and again, and never feel bored. Do you agree? Have you already tried Doctor Mario on Nintendo? Share your thoughts about the game in the comments below.