It’s been a big weekend in the history of Fortnite, and since now on this is more than a game: Fortnite is among established esports, with huge prizes, just as huge publicity, and a thing equally fun to play and watch. The prizes Epic gave away during the event made $30M in total, spread between three categories that the event included (these being Solos, Duos and Creative). And the impact of this event was just as big.

So, what are the results we’re left with, after the feast’s end? Here we are, with the new philosophy that’s been shaping for the last years.

Probably the most astonishing about this event was the bio of the Solo winner. The 16-year-old Bugha (a.k.a. Kyle Giersdorf) is the hero of the day. Now $3M richer, he’s probably drowning in various offers, some of them hard to resist (so the first thing he’s probably done is hiring a super pro agent). Now crowned with this victory, he has the world at his feet at his sixteen. Time to shut up for the parents angry with their kids playing Battle Royales.

Well, if those parents had paid a little more attention before they saw Bugha the Triumphant on TV, they would have known that young champion is nothing extraordinary in cybersports. The Top 100 in Solo contest has a lot of teenagers, all of them boys (this imbalance is yet to be analyzed), some of them almost as successful as Kyle. For example, King, who owns the fifth place (and a prize, though much smaller) is only 13. No wonder teenagers win: they have statistics on their side. 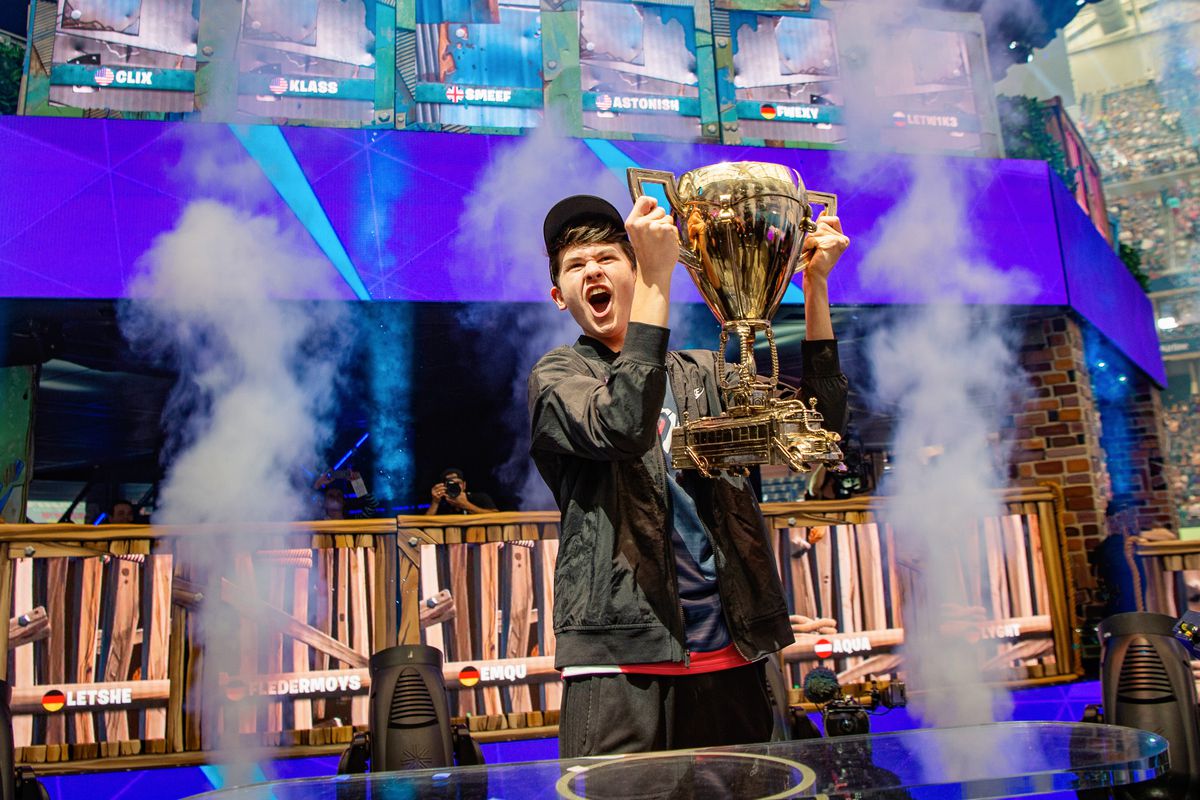 But still, Bugha is a phenomenon, the first of phenomena to star on Epic events. Not being well known before this event, he started attracting eyes in the qualifying weeks and kept it up in the final. In all the six Solo finals Bugha was a leader, and his final score is really impressive. His victory was even greater, considering that his score is almost twice the score of Psalm, the second leader. Victories like this is what we love esports for: not so limited by physics, we can do spectacular wonders in the digital world.

Here comes another aspect of esports. Is it any fun to see people sit at the monitors, pressing buttons and moving joysticks? Now it is, and Bugha is one of those chosen to highlight it. Watch the character, not the director. Bugha shows an aggressive, energetic style of playing, settling for no less than a total kill. He’s the one to watch, the one to make the process as thrilling as movies of 2019. By the way, these movies are mostly almost as digital as Fortnite or any other video game, with real actors captured, environments 3D-modeled, and still fun to watch. Think about it before glancing scornfully at cybersports.

Yes, I’m talking of Bugha as if he was an underdog hero in a noir movie, going up from the miserable state to the heights. Short of materials and poor in health in the beginning, he bridged the gaps almost instantly, used his time wisely, and ended up the winner, finishing the final stage with two lightning fast kills. That’s his style: action and no doubt, precision and no miss, victory and no less. Dynamic like physical sports, thrilling like movies – any other reasons why Epic placed the right bet by setting these high prizes? Now Fortnite is even more fun.

As for Kyle himself, he’s now rich and famous, and he has much time to grow even higher. But his contribution to Fortnite is worth more. His style will find lots of followers. These followers will do tons of streams, and these streams will be watched. Instead of slow-paced hiding adventures, now the watchers will have more exciting action scenes, dramatic combats and reckless heroic escapades. Views will grow millions, ads will bring dollars, dollars will be distributed among people, including the best players. This is the blessed circle for Epic. 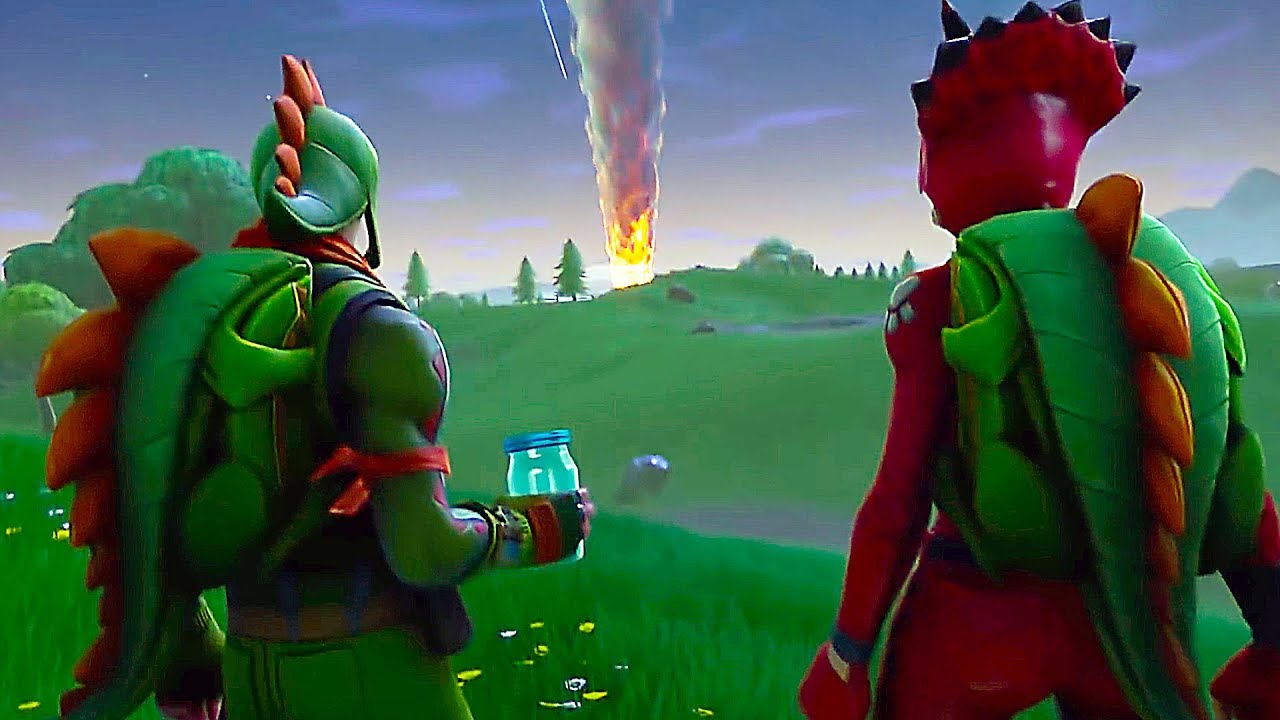 It’s really a circle if you remember where the name of the genre comes from. All this class was inspired by a Japanese movie named Battle Royale (watch it if not yet). It took time and technologies for the gaming industry to catch up with the movie of 2000, just like the cinema industry needed time and technologies to catch up with comic books, finally delivering Marvel and DC cinematic universes.

A Curse That Is No More

Not that the cautious style is out of fashion now. Many players will still care about staying alive rather than making a show. But those considering streaming primary will make it rain. One of them is Tfue who combines artistic streaming and professional playing. Though not as successful this time, he is considered one of the best Fortniters in the world.

This time, though, he failed to make it to the top. Tfue had very spectacular kills, but, sorry, your luck was off. Still, if first you’re a streamer, then finishing in the middle of Top 100 best Fortnite players in the world is not that bad.

But (if we keep comparing game streaming to the cinema) this means that the Plot Immunity doesn’t work when it comes to real opposition. The best may win. The luckiest may win. The protagonist whose stream you’re watching can be among neither. So you cannot predict what comes next.

Best of All Three Worlds

Battle Royale games are pure action, and that’s what is so adrenalizing about it. It’s pure sports, and, though we miss the real body feel while watching this, we must know that there can be traumas and injuries, conflicts and legal issues, leaks and confessions behind the stage, making the plot not as simple as the stream has it.

But competing both physical sports and TV shows isn’t enough, so music is incorporated too. Fortnite dance has become a meme, and to make the event even more musical, there was Marshmello, one of the top DJ’s in 2019. He is a huge Fortnite fan, playing it in both meanings. And probably he proselytized more fans among the public and among YouTube watchers that night.

It doesn’t go out to Fortnite directly, but to many, many games: music is another sort of pleasure to incorporate, as a momentary, ephemerid fun. Joining these arts is a great step to enlarge the audience. And finally to leave no artist and no watcher: anyone can be any of them.

But so far – exhale. It was a grand fest. Thanks to Epic, congrats to winners!