Pillars of Eternity is making it to Nintendo Switch. The release is scheduled on August 8, and it’s already confirmed with a new trailer. There will be no cuts: the game is adjusted to appear on Switch in full.

The game is an already well-known RPG by Obsidian Entertainment, released for other platforms by Paradox Interactive back in 2015, and before that, in 2012, it raised about $4M on Kickstarter even before the development started. It’s been available on PS4, Xbox One, and Windows 10, getting updates and some DLC all this time. Now Nintendo users will have it already debugged and tested. 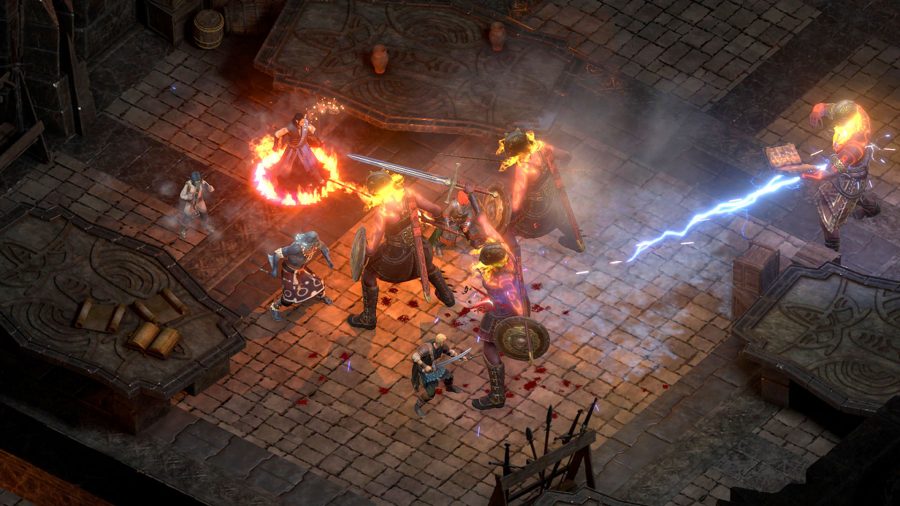 There’s even more: Nintendo Switch release includes The White March, the two-parted expansion pack released in 2015 and 2016. And if you already like it on other platforms, there’s something else. The premiere of the next installment, Pillars of Eternity II: Deadfire, won’t keep you waiting this long. It will hit Nintendo Switch the same day with the first one. So warn all your friends you won’t be back in the real world soon: Pillars of Eternity will keep an RPG fan in for long.

Like in most RPG, you create the character that embodies you in the game and then join the party to complete your mission together. But that’s where the ordinary part ends.

Pillars of Eternity offers lots of unusual solutions. For example, it’s completely grind-free. You don’t get points for just killing enemies; what counts is completing missions and advancing through the story. So you can choose the way you act: rude and violent or silent and stealthy – both are just as rewarding. Set in fantasy world reminding Europe of the Renaissance times, it’s both friendly to insolent murderers and cautious spies.

The same is with the tactical combat system: it’s quite unusual, including coordination of the party members. Playing The Watcher, the main character, you can recruit others, partially AI-controlled, and get them involved. Probably one of the biggest problems was adjusting its controls to Joy-Cons, so you could easily play both in handheld mode and on your TV. Now the problem is reported to be solved.

As for fantastical element, it’s based on the fact that the soul is a material substance, the one that could be seen, heard, or interacted with directly. The protagonist has this ability, so you will need to use it on your investigation on why children in your area are often born soulless. Following this story is like watching an A-class sci-fi movie or a TV show, with one difference: you are in the center of the action.

Should I or Should I Not?

If you liked games like Baldur’s Gate, Planescape: Torment, or Icewind Dale, Pillars of Eternity will probably please you too. This game is praised for its elaborate storyline and dialogues, as well as visuals and ideas.