Top 10 Tennis Games for Your Mobile

While the Wimbledon tournament is an outstanding event for all tennis fans, not many of us can actually attend it. But if you are devoted tennis fan, and you miss the whole atmosphere of the match with all the white shirts and skirts, green grass on the field, the elegance of moves, there is a nice option for you.  And you don’t even have to go to the court. Take out your Android or iOS mobile, and download one of the tennis games.

You don’t have to be a professional tennis player or even play it in reality at all. Here are the best 10 tennis games of different genre, with different graphics, from across the world. They are united only by one thing – their awesomeness. Check the list and pick one or several that you would love. 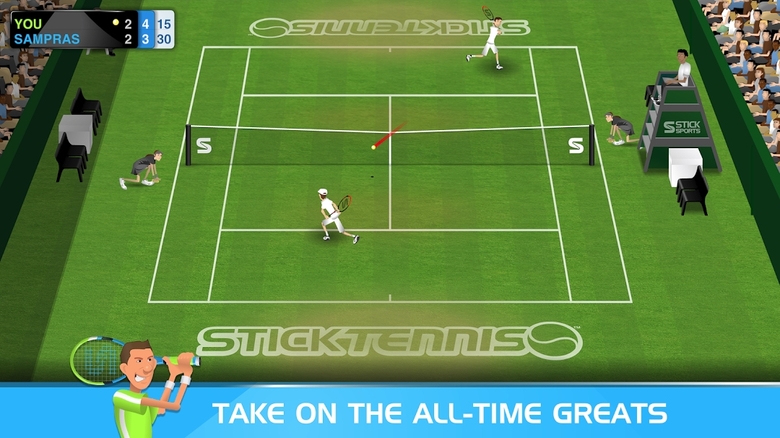 The game is free for both Android and iOS mobile platforms. It is available on the official app stores. If you don’t like simulation genre, this game is for you. Choose the style and create your own character. All you need to do after is to swipe on display with one finger, make topspins, pass shots, and destroy your opponent with a favorite shot.

The graphics are not really special in the game. But you will definitely enjoy the speed of the game. Concentrate your attention on getting to the top of rates or just enjoy the view. 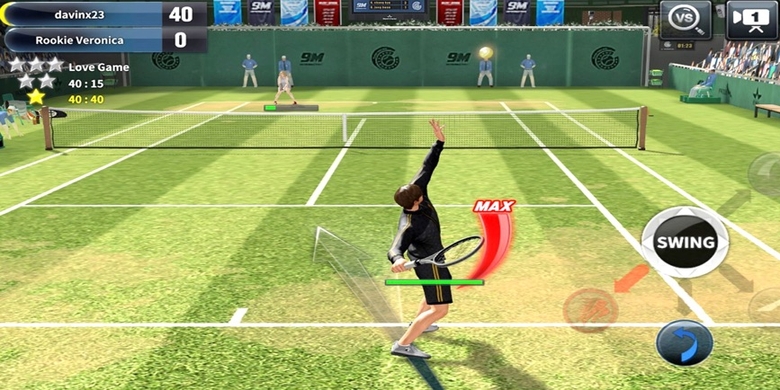 Ultimate Tennis is a free to play simulator. It is available for Android and iOS owners at the official app stores. The game has user-friendly controls which can easily learn even newcomer. Your scores depend on your ability to play tennis.

The game allows you to do it even with one hand. You still will need to play fast and stand in the right position. Master your skills and become a champion.

It is free of charge for iPhone owners and just $4 for Android. You may download it from the official app store of your mobile platform. This game looks like the one we played in the 90s. The pixel art and really simple controls, bring us back in the time. This style became a good old rarity and will be appreciated by gamers.

But don’t let this 90’s atmosphere full you. Techno Champs has unique gameplay, with a variety of challenges for you. There is a quick play option for those who are in a hurry. My advice for you is to build a strategy in the game. This way, you will have a plan on how to win it. 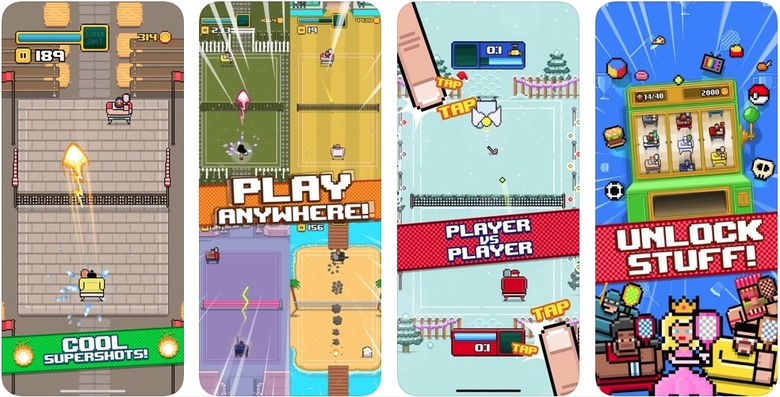 Timber Tennis can be downloaded for free from official app stores. Download the game from Google Play Store for your Android phone or Apple Store for iOS. The game was developed by Digital Melody. It is colorful and bright. And the best thing about this tennis game is that it is hilarious. You can fight against your competitor with fireballs or bombs.

And if you are a fan of Digital Melody developers, you will be happy to know that there are several most popular characters from their previous games that came in to take part in the match. It does not have a sophisticated game plot and encourages you to come back in the game during the coffee breaks at work or while you are in a subway. 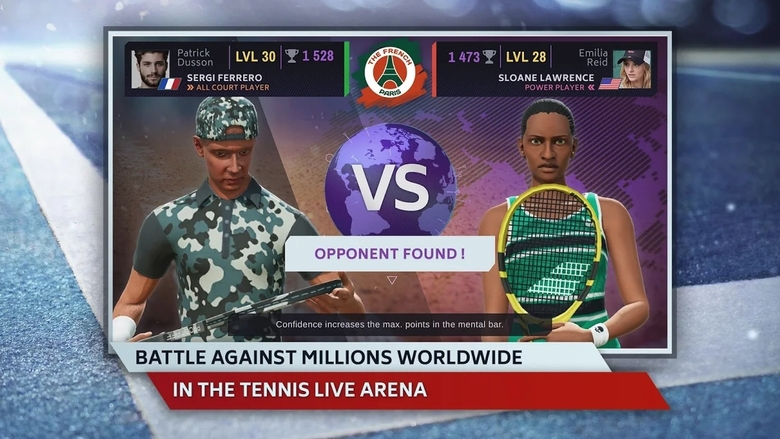 Tennis Manager 2019 is free of charge mobile game. You can download it from the official app stores for Android and iOS platforms. This game is for gamers who prefer long quests and challenging tasks.

You start the game as a rookie and have to climb to the top of world rates. You will have to train a lot and master your skills. The game allows you to develop your own strategy and get to the top in tennis. 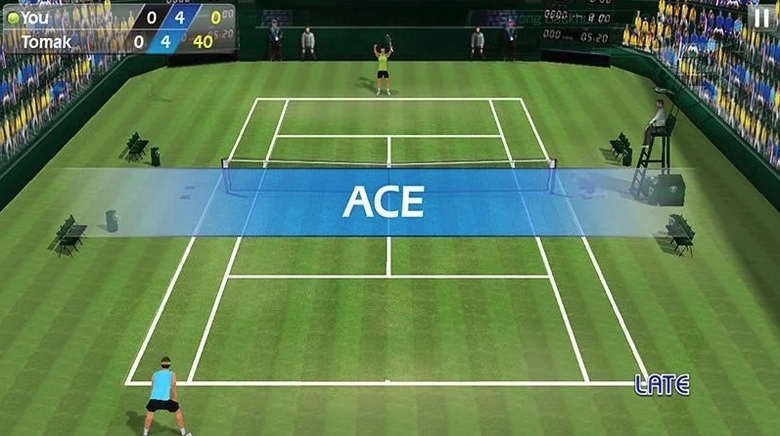 3D Tennis is free to play Android mobile game. It has original graphics and fast gameplay. 3D Tennis is one of the best simulations of a tennis match. Visuals are unique and well-developed.

This game is challenging. You will have to train your reactions if you want to beat the AI. To do this, change Quick Play mode into the World Tour mode from time to time. 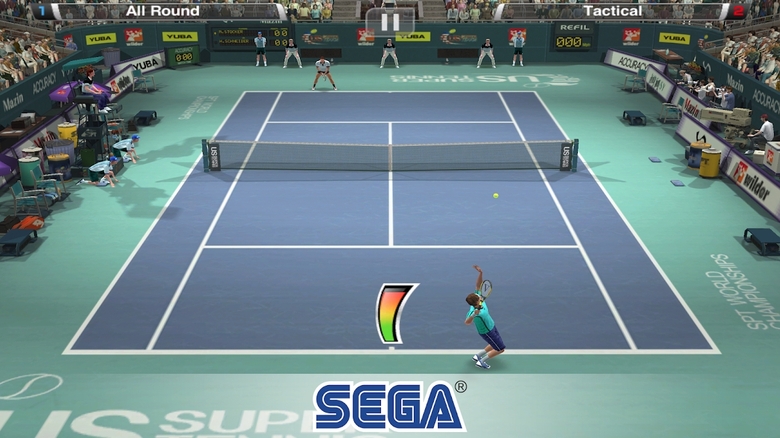 Free to download for iOS and Android mobile platforms. You can go to the official app stores on your phones. The game Virtua Tennis was released at the beginning of the 2000s, and many of you still can remember it on various consoles. It is an arcade, and this genre returns to popularity via mobile platforms.

The gameplay here is addictive and challenging. It offers you numerous courts and characters to play with. Graphics look really good, with all its closeness to the real tennis match. 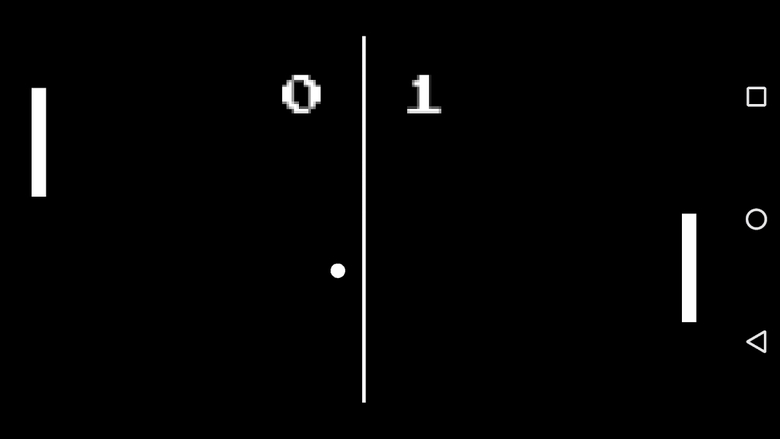 Pong is a mobile game, free for Android owners. You may download it directly from the official app store Google Play Store. This game is a legend. It was one of the first videogames that appeared in the 70s. Now it evolved into the mobile version.

Pong is a well-beloved classic with similar gameplay and much better controls. It is quick and challenging, and it develops your reactions. The graphics are still minimalistic and original. If you missed the game for decades, it is the time to download it on your phone. According to developers, since the game is a lightweight, it takes just a few seconds to install it. 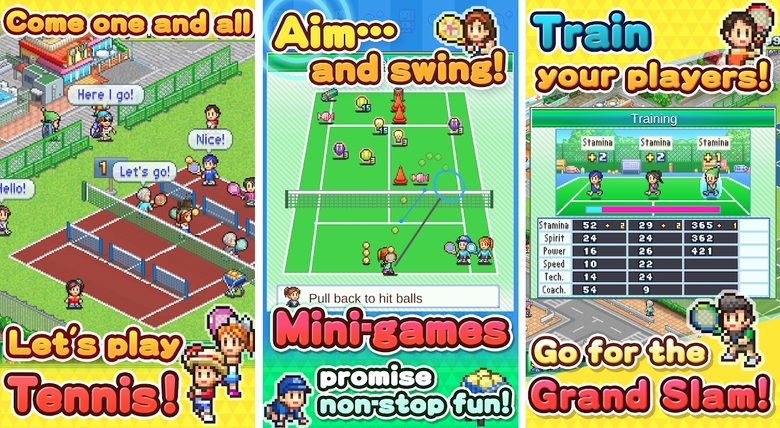 Tennis Club Story costs just $5.35 for Android owners and $5 for iOS users. You can download it from official app stores of your mobile platform. Despite the fact that the game costs some money, it is the most popular among tennis simulation games. It was made by Kairosoft who took care of its attraction.

The gameplay is more complicated than we could expect from a tennis match. Graphics are adorable. You will be able to take part in various tennis tournaments that take place in different fields.  Each of them is green and cute. All the characters and even your rivals are cute as well. You will not notice how much time you have spent inside the game. 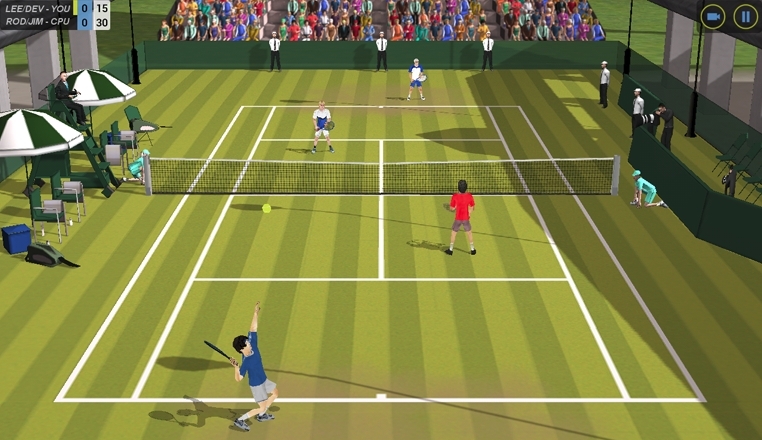 Flick Tennis is a free to play mobile game for Android and iOS phones. Go to Play Store from your Android phone and App Store from iPhone. This tennis game is more than a simulation. It has a story inside. While the gameplay is not complicated at all, and the game’s name speaks for itself. There is a story mode as well.

The story mode is animated, with soundtrack and narrative designed like in graphic novels. While you still can play tennis, why not enjoy some deep story inside the game. You are welcome to come back to the match whenever you want.

Why do We Love Tennis Games?

This is the question that I want to ask all my readers. Why do you like tennis? Do you have your favorite games for mobile? Due to the fact that there are thousands of tennis games, it is possible that I’ve missed some of the great examples in this list. If you have not found some of them here, extend the list in the comments below.

My answer to this question will be simple: is it possible not to love them? Many of tennis game is really engaging and funny. They don’t need your complete concentration and following a sophisticated storyline. You can always go back there whenever you are free and don’t wait for the time when the monster finally arrive so you can kill it. These games are entertaining and simple. Some of them came back from the 70s, some from 90s. If you feel that you missed those days, just play the game, enjoy pixel art and soundtrack.

This list contains various simulations, strategies, arcades, graphic novels modes, and so on. Each of the game has its unique graphics from pixel art to 3D and cute anime style. Playing in each of them you will feel yourself a prominent tennis player.